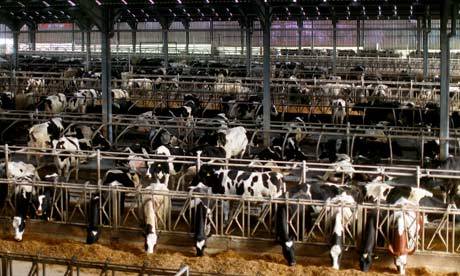 When it comes to cattle pastures, fencing is one of the key Melbourne farm supplies that can properly keep you from experiencing some pretty significant headaches down the road. Cows are prone to lean against and scratch themselves on barriers, so they often break weaker fences and escape without even meaning to.

In addition, they also have a tendency to roam, so once they get out, chasing down cows can be a major hassle. At CanDoo Rural, we know what the best fencing to use for cattle is, and we provide you with a massive variety of fencing products.

What Fencing Should be Used for Cattle Pastures?

Even though there are a lot of different types of fences that can work for containing cattle, however, a few types of fencing last longer than others. Wooden board fencing and temporary metal fencing can work for a time, but they can wear out and fall over as a result of how much cows will lean on them, and they are subject to be more costly as compared to other fencing methods.

Wooden board fencing is often preferable for its aesthetic qualities so, if it is being used, it is important to pair it with electric fencing or barbed wire to make it more effective and last longer. The following are some of the most promising options when it comes to confining the cattle in the farm:

In addition to cattle panels in Melbourne, barbed wire fencing is one of the most popular options for cattle fencing. This is for the reason that it is low in maintenance, inexpensive, and pretty easy to install. Barbed wire can be coupled with any type of post system and the majority of other fencing solutions, making it a very versatile option.

Even though cows will occasionally use barbed wire to scratch themselves, however, they will not usually lean on it or put the kind of pressure against it that they would other fences.

Woven wire fencing can work wonders for a time as a good solution for cattle fencing. It is pretty strong and effective when it comes to keeping cattle in as well as keeping predators out, but it can turn out to be deformed from cattle leaning on it and using it to scratch themselves. It can also be a problem for cattle if the gaps in the woven wire are the wrong size, as cattle can get their hooves stuck in the fence.

Electric fences are one of the most promising ways to keep cattle in their enclosure. Cattle quickly learn to not rub up against a fence with an electric charge running through it, and these fences can also be a great way to keep predators and trespassers out of a cattle pasture.

If you need to find out more answers to the question “What is the best fencing to use for cattle?” or if you would like to learn more about our farming supplies in Melbourne, feel free to get in touch with CanDoo Rural.